I now have less than a month left in Melbourne and since we’ve just switched over to winter time perhaps the hint should be taken. It has certainly been fun and the project is nicely under control although past experience suggests that it’s usually not a good idea to say that. I’ve not lived in a city since the mid-80s when I was a post-doc in Minneapolis and have really enjoyed the ease of getting around and ready access some of the wide range of music that Melbourne offers. I enjoyed an excellent performance by the ACO Soloists at Hamer Hall and am hoping to return there for a strong dose of Bach in a week’s time. University College, where I’m currently staying, is running a concert series and the second of these promises to be as enjoyable as the first. One of the music tutors at UC plays flute in the VYSO and I got to see them in action last weekend with their truly awesome guest soloist Kana Ohashi. This was also an excellent opportunity to watch the violinists since I was in the third row. The soloist was truly kinetic (difficult to be otherwise with the Tchaikovsky) and the first violin nearest to me appeared to have been given a special 'first violin bob' by her hairdresser. Maybe they will patent it.

On my first trip to the Paris Cat Jazz Club, I found it closed due to flooding (it was the day of The Hailstorm but at least there were back-to-back episodes of Hogan’s Heroes on TV). On returning the following week I was lucky enough to catch Monique diMattina who is an extremely warm, engaging and talented performer. By the way she also writes and composes and, as luck would have it, will be returning there the week AFTER I leave Melbourne. While wandering round town one Saturday afternoon, I caught The Wishing Well on Bourke Street and their next local gig is also the week after I leave. Good reasons to come back, I guess.

Previously, I pointed you towards some LinkedIn groups that are particularly relevant to FBDD. There are also groups on facebook that you might want to take a look at. It’s a bit more difficult to keep discussions going using the facebook groups because you don’t get alerted by email in the same way that you do with LinkedIn. However there are a lot of folk on facebook (especially in universities) and I believe it can play a useful part in extending the FBDD web. Here is a selection of facebook groups that you may find useful:

Fragment Based Drug Discovery (This is the group that is linked to this blog. I do check it frequently and usually respond to queries.)

Crystallography Rocks (Once you’ve got fragments to bind, you’ll want to see how they bind.)

NMR (There are a number of elegant NMR techniques for detection of ligand binding and you’ll find plenty of expertise in this group.)

Dan gave my round the world trip a very flattering mention at Practical Fragments which did remind me that I really need to do a post on FBDD in academia since Teddy (who used facebook to tell me where Rapamycin comes from) has also discussed this. As I’m a real sucker for peer pressure, I do promise to make sure that my next blog post focuses on this topic. The FBDD facebook group led to me giving a lecture (I normally call these harangues) in Santiago and through it I’ve also made a couple of contacts in Singapore where I’ll probably do a couple of talks. Being in a facebook group also got me a chance to look round the Australian Synchrotron during maintenance week, when you can get a better look at all the cool stuff. I’ll finish with some pics from that visit. 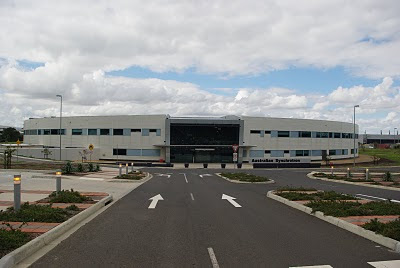 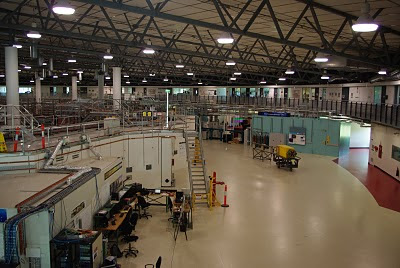 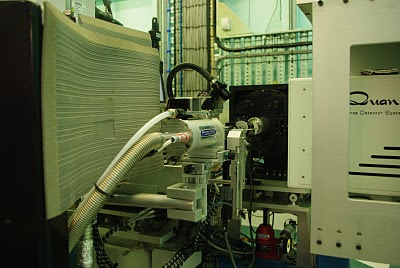 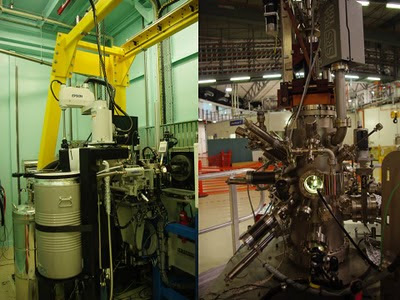